Oliver Rees
How TikTok's algorithm can help you have better conversations
October 15, 2021
TL;DR

TikTok differs from every other social platform in one important way: it isn’t explicitly social. Sign up for Instagram, Twitter or LinkedIn, and the first question you’ll be asked is: “who do you want to follow?” This has been the standard social strategy for years because it models what happens in the physical world, where the conversations we have are almost exclusively with people we know, about topics that we’ve mutually agreed on. You probably don’t have regular, in-depth, conversations about a random topic with a complete stranger.

Which is why it’s initially such a strange experience when you open TikTok and the first videos you see are about topics you would never actively engage with, made by strangers that you have no connection to. Yet, very quickly, the experience feels comforting and entertaining. And other humans agree: people spend more time watching videos on TikTok than they do looking at content on Instagram or YouTube. So how have Bytedance done it, and how can you apply the same thinking to your conversations?

Algorithms inspired by a baby’s gaze

If you want to understand the basis of human psychology, sometimes the best place to start is where it began for all of us. As young children. 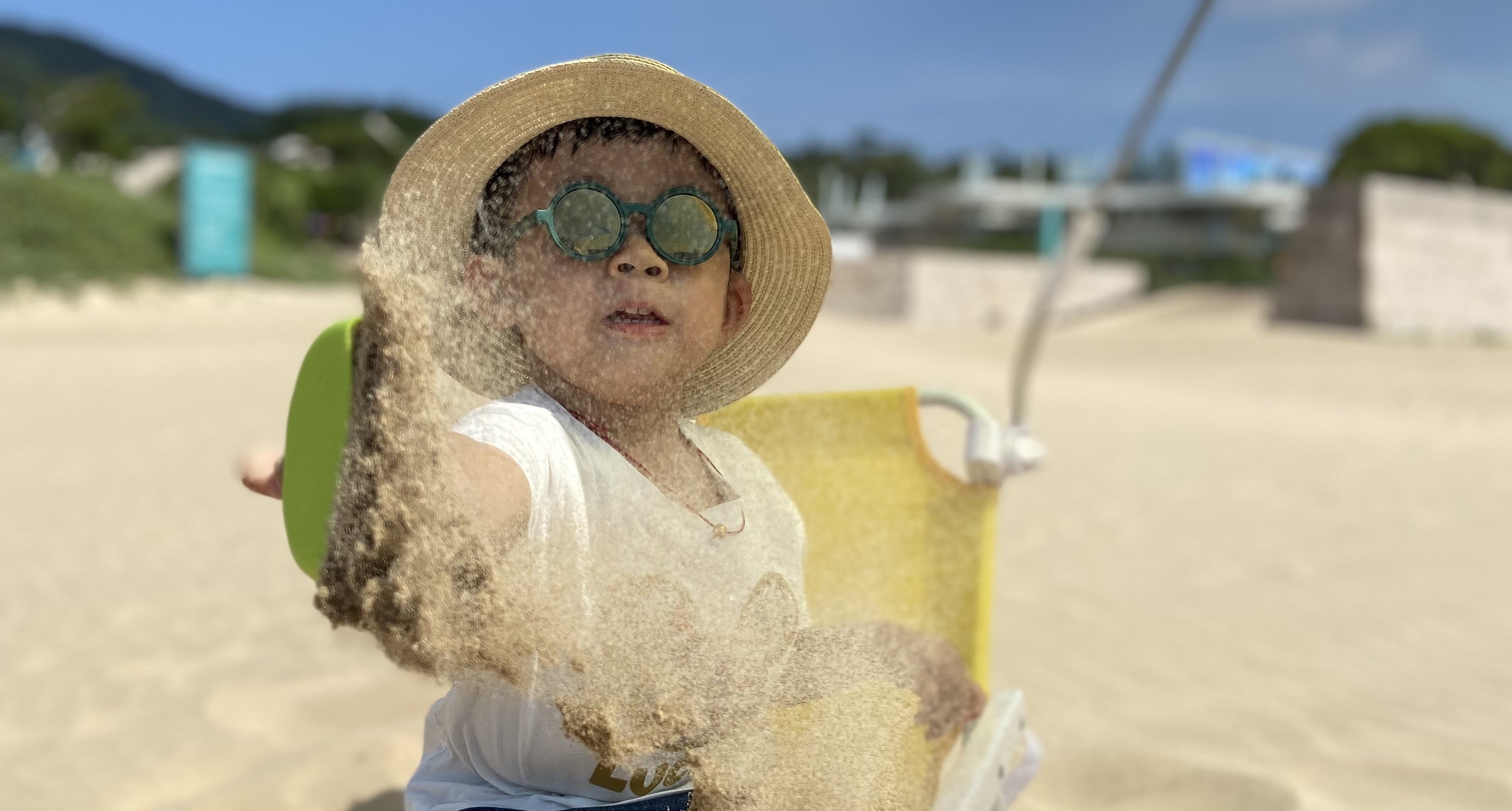 How do you know if a baby has a preference for something when they can’t talk? You follow their gaze. Newborns have a preference for their mothers' face two weeks after birth1, and babies as young as a day old express preferences for ‘attractive faces’2 (which is pretty terrifying in and of itself). You don’t need to ask a baby what they’re interested in to work out what content engages them. All you need to do is show them a random stimuli and time how long they look at it for.

And it turns out that despite having access to one of the the most sophisticated AI labs in the world, TikTok’s algorithms essentially work in the same way. 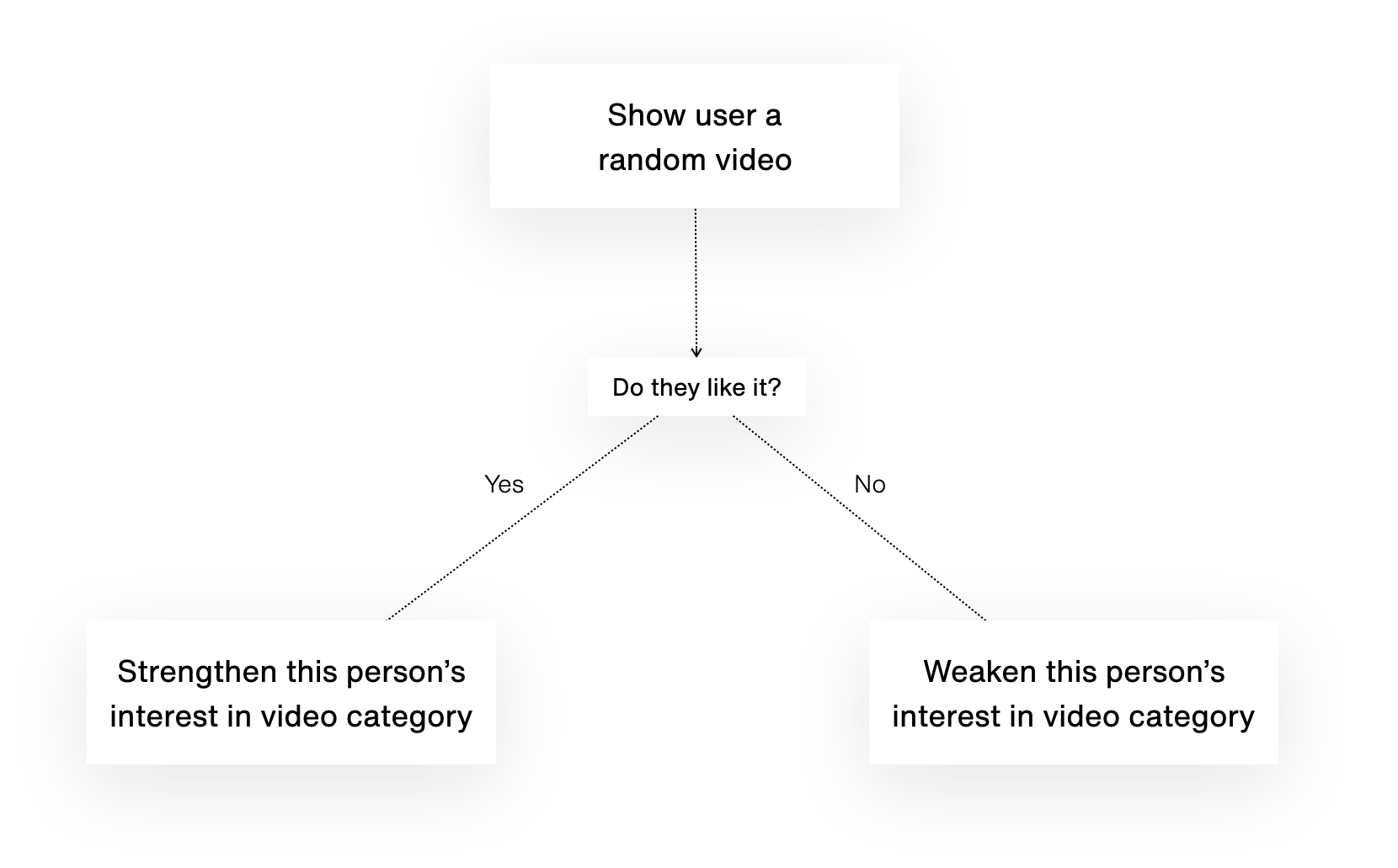 For TikTok users, as for babies, the primary piece of data used to answer the question “do they like it?” is whether the user has watched the full video (plus a few other implicit measures with less weighting).

This model also taps into another element borrowed from the world of developmental psychology. As young children we are exposed to a variety of stimuli allowing us to form preferences. Once we’ve expressed these preferences, they’re typically assumed to remain relatively static. A Liverpool fan stays a Liverpool fan forever. Once you’ve got into yoga you’ll likely stay interested in it. Some of the most sophisticated data driven marketing models (Facebook) rely on the crucial assumption that our interests don’t really change.

But just because we’ve expressed preferences for certain stimuli in the past, it doesn’t mean that we’re not open to new ones. Even things that we might have previously expressed a disinterest in it. Our personalities are much more fluid than we think.

TikTok leans into this insight. Even as the algorithm learns more about your preferences, you’re still shown a percentage of random videos. And it’s very much by design.

“This is an important and intentional component of our approach to recommendation: bringing a diversity of videos into your For You feed gives you additional opportunities to stumble upon new content categories, discover new creators, and experience new perspectives and ideas as you scroll through your feed.” – How TikTok recommends videos #ForYou

This introduces a level of risk, which is why I think other social networks have overlooked its potential. So much safer to serve someone something we know they’ll be interested in because they’ve expressed an explicit interest in it before. Showing someone something random and seeing how they react is risky. Yet if you get it right, the rewards are huge: a much deeper and more nuanced understanding of someone’s true interests.

What this means for your conversations

I think you can apply this same innovative thinking to social interactions in the real world. Rather than focusing only on well trodden conversation topics that you know someone will be interested in, try occasionally throwing in a random topic about something outside of your shared interests.

Noticing how engaged your conversation partner is in the topic using implicit cues, as TikTok’s algorithm does, will allow you to establish if there is any genuine interest or not without having to explicitly ask.